The Gladiators is a squad that focuses on primarily melee weapons, forcing the user to position their mechs carefully. 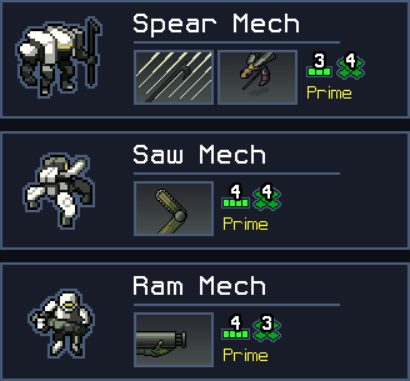 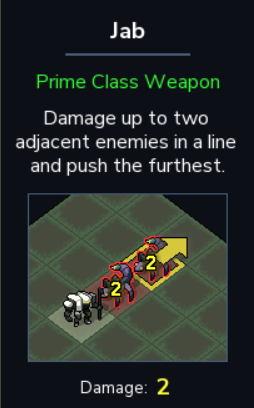 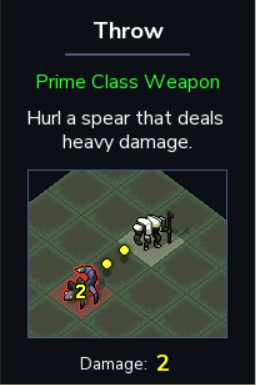 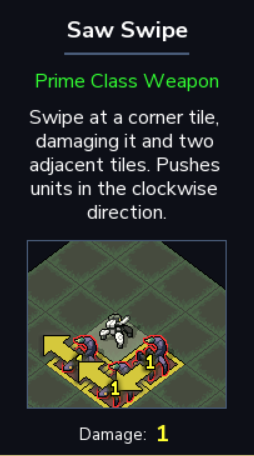 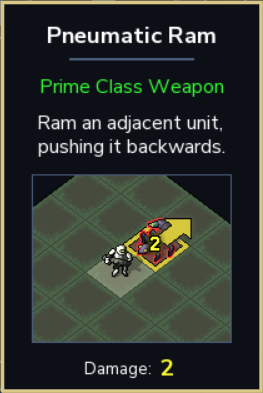 Unfortunately, I spend more time modding ITB than actually playing it, so this squad may not be very well balanced. Therefore, I would appreciate feedback from those who play this squad.

Known bugs:
- The preview for the saw mech's swipe attack may fail to correctly show bump damage applied to targets. The damage predicted for a particular target appears to be calculated assuming that only the target will move, meaning that bump damage will be falsely predicted if that target is going to be pushed onto a tile containing another entity that will be pushed out of the way.

This mod should work with version 2.3.5 or older of kartoFlane's modloader.

Special thanks to Lemonymous for the armorDetection library that this mod uses.
Last edited by RogueSquadron on Sun Dec 29, 2019 8:34 pm, edited 1 time in total.
Top

Nice custom sprites and artwork, as well as having the squad play well and work just fine. Well done!

Although they don't bring anything too flashy or crazy to the table, they are still able to have a signature feel to them by utilizing weapons that are quite similar to ones that are in game but having a different approach to how these weapons operate in their upgraded form. Such as having the saw blade disable vek or having the piston mech create smoke tiles.

Being a team of all prime mechs, their damage output is pretty bulky, both at the start of the game and also later when you can spend cores to unlock their higher tier upgrades. The Saw Mech for example, starts of with low damage but deals some hefty aoe damage later on.

But for a team of primes, which usually have their durability and attack power offset by having poor range and mobility or a lack of utility, these weaknesses are countered by the fact that they have crazy good movement stats early on and the second weapon in the Spear Mech kit, Throw, is an amazing range option, making the Spear Mech's kit very strong over all.

So balance wise, I would say their base stats are slightly overtuned.

But other then that, great work on the mod my man.
Top

One thing I did find though for the Piston Mech was that the knock back upgrade removes collision, which in some cases can be handy but it genuinely reduces it's damage potential.
Top

Thanks for the review Everglass! The reason why this squad is on the overly buffed side is probably because I am rather mediocre at the game right now. Also, the loss of collision with the ram weapon upgrade is an intentional tradeoff.
Top
Post Reply
4 posts • Page 1 of 1