by Sean
Recently I play this mod.
It's really awesome, especially the vine, which makes the game more challenging!
Thank you! 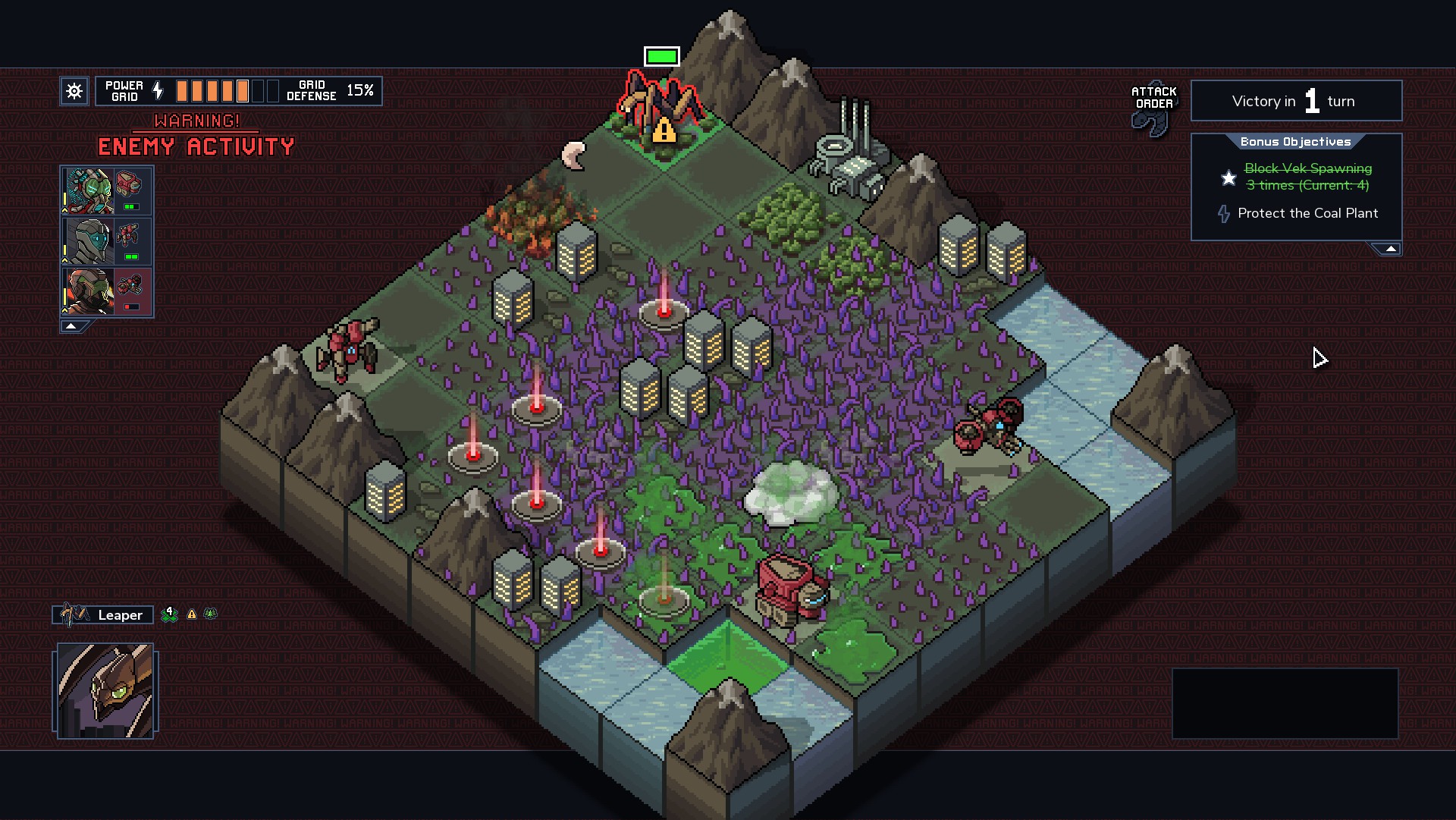 by tosx
Very cool mod, the variety is nice! Couple comments after a few Hard runs:

Garden psion:
- I will say this guy is just...super hard to deal with. Killing them seems almost pointless because even if you kill it instantly, unless you also get the vines they're going to be all over.
- One thing that feels a little unfair: Have you considered having the vines not damage NPC things like mine-layers? You can't stop them from running into vines, and unless you've got certain weapons, as soon as one does your objective is toast.

Blobberling:
- I had one mission where these guys failed to attack, and they ALSO failed to show the "explodes on death" icon, leaving me to think they were safe to kill. Were either (or both) of those things bugs? I thought they were supposed to show the explosive icon, to warn you.

by Lemonymous
Thanks for the comments!

@tosx:
Garden Psion is indeed dangerous if you leave it be. It does take a bit of time to get going though. Attacking it with any damaging weapon will destroy the vine beneath it, so it can be almost always be handled if you have mission critical objectives that you are concerned for.
I did absolutely consider making it not damage allies. I felt it was somewhat arbitrary to have it only damage mechs, and instead went with a design where the Psion can be nullified with almost every weapon as long as you prioritize it. If it did not target allies, I would probably let it spread vines faster. If this is a common complaint, maybe I can add an toggleable option at some point.

Blobberling values it's own life, as well as it's friends, and will sometimes wait instead of blowing up for what it deems not enough gain. I cannot say it's 100% not a bug without more info though.
I don't think it has the explode icon currently, but maybe I can add that at some point if I decide to update the mod. Good suggestion.

by tosx
I think the images in the first post made me assume the Blobberling should have the icon, which is what caught my eye.

Regarding the Garden Psion and friendlies: You probably know the balance better than I do, but in a game predicated on generally perfect information and (usually) never giving the player completely unwinnable situations, it rubbed me a bit the wrong way to lose a minelayer to vines. Particularly because it felt like, unless you can kill a Psion with damage on turn 1, you can't ever get rid of the vines and they're almost guaranteed to be covering a good chunk of the map by the end (usually the chunk near the bots).

Obviously it didn't derail my run, and it only happened once, so make of it what you will

by Lemonymous
I can understand the frustration very well. It is not a fun feeling to lose to something that works differently than one expects.

Particularly because it felt like, unless you can kill a Psion with damage on turn 1, you can't ever get rid of the vines

Vines will be destroyed by damage on the tile, so even if you can't kill the psion on turn 1, you can still attack it to destroy the vines underneath it. It is explained in the tooltip if you hover the tile.

I really do understand the information is easy to miss though, so I will add a tutorial tip when it is first encountered; explaining that vines can be destroyed if the tile is damaged.

I am not saying it is perfectly balanced by the way. I just personally find it unintuitive for them to not damage allies.

by tosx
Just to clarify, I didn't mean I was unaware vines could be destroyed; it's just that if you miss them turn 1 suddenly you have 5 tiles to deal with, and few squads can damage that many tiles even if they aren't busy with enemies. And if you leave even 1, next turn there's 5 again.

by Lemonymous
Ok, then I misunderstood you. I do think it's quite rare to not be able to deploy in a position to be able to target the psion on turn 1 though.
Anyways, when I get the time I will take another look at the mod and reassess it with your feedback in mind.

by Lemonymous
Added a new enemy: Zergling - a weak enemy that spawns in pairs.

by tosx
Cool! Just saw this and downloaded it to check it out. Noticed 2 things when the first mission started:
- No zergling portraits?
- 2 zergling pairs and 1 alpha zergling pair spawned; looks like the alphas didn't spread out (see screenshot below).

Also, any reason you chose to go with "Zergling" rather than something a little more in-universe like "Vekling"? The roach name fit well since it's an insect, like most vek, but this one feels a little too StarCraft IMO. Other names that sound a little less so: Broodling, Swarmling, Raptor, Swarmer...just thoughts! 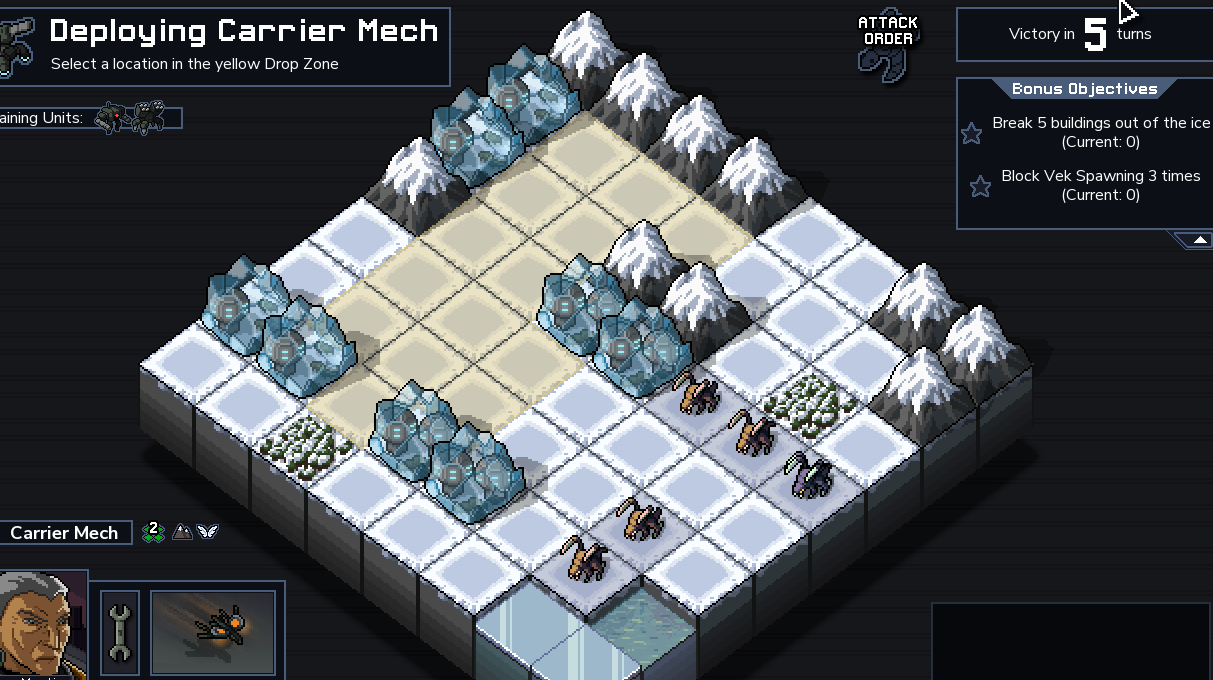 EDIT: Also, is this normal? One of the Alphas has its "x2" mark showing even when I'm not mousing over it. The other one only shows up if I mouse over it (along with the damage). 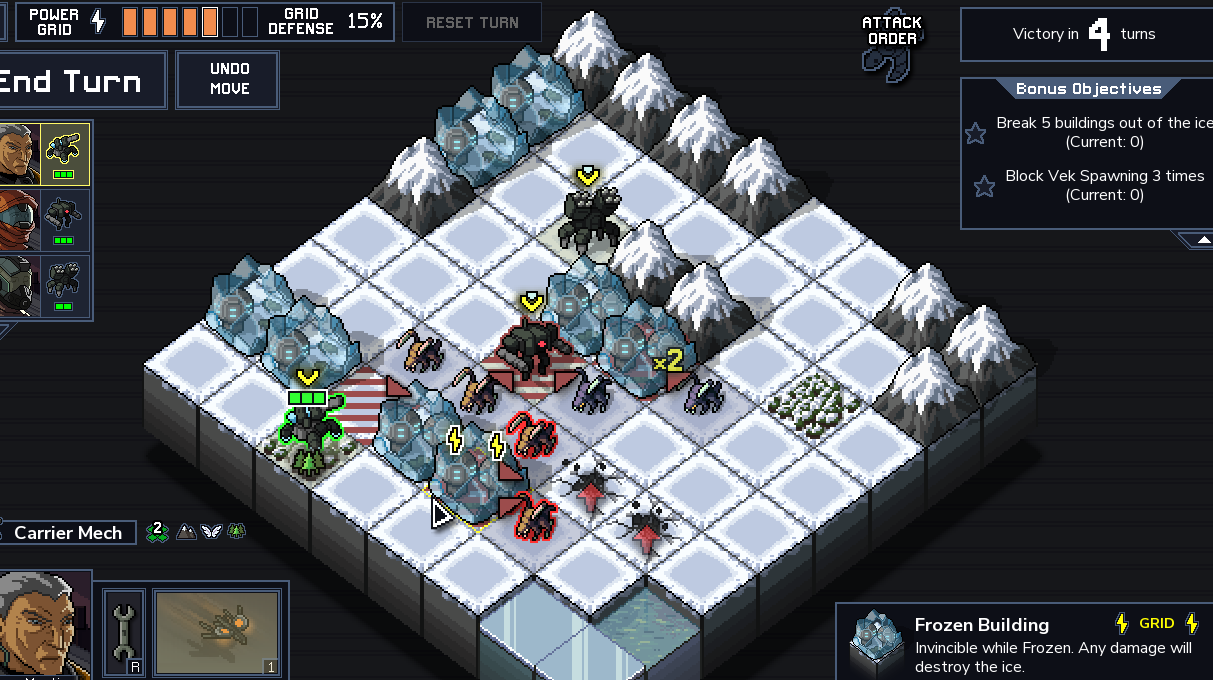 by Lemonymous
@tosx: Thank you for the feedback. I have addressed the most pressing issues. More will come later.

I have also made changes to the Garden Psion. Hopefully it will be more fun to play against, and more fair towards npc units.
All times are UTC
Page 2 of 4
Powered by phpBB® Forum Software © phpBB Limited
https://www.phpbb.com/