Distribute and discuss mods that are functional.
Post Reply
2 posts • Page 1 of 1

A squad of repurposed mining machines, focused on manipulating terrain for both offence and defence. 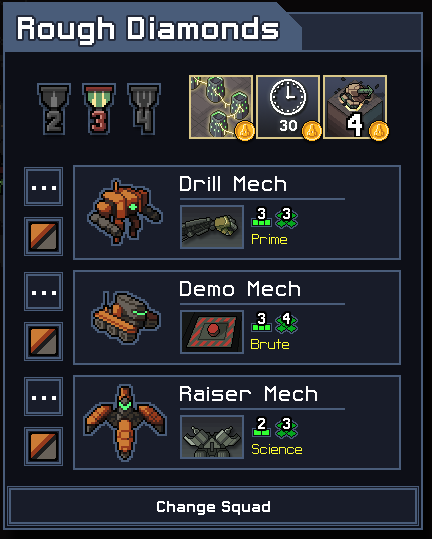 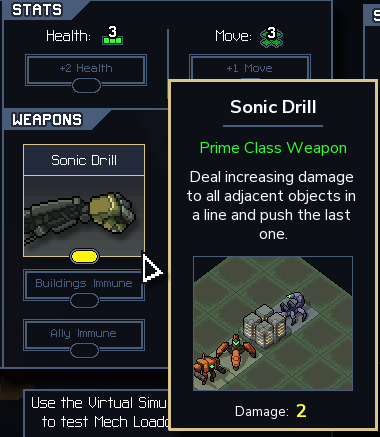 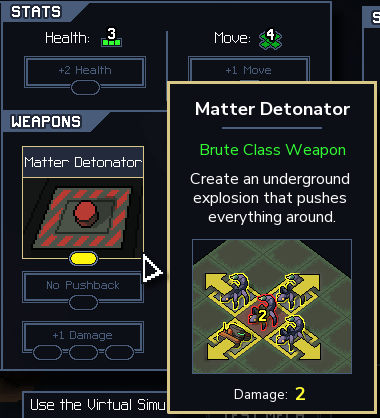 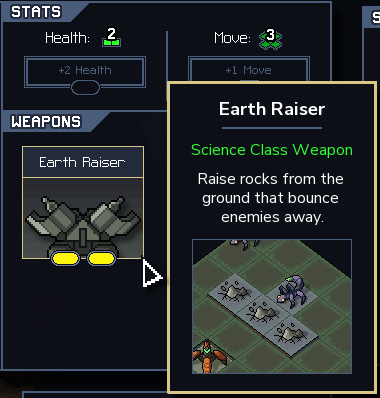 The problem with this squad is that it feels pretty OP, yet simultaneously is heavily reliant on each of its features to get through the missions, and it's difficult for me to envision a nerf that wouldn't completely cripple the squad. My first thought was that the Raiser Mech's ability having artillery range could maybe be reduced to just melee range, but that would mean the squad would have no ability at base to do anything whatsoever at range, which obviously that wouldn't work. Yet at the same time, Being able to make walls on demand anywhere in a line simply seems to be too good, especially in the early game. The Drill Mech also can get totally ridiculous if RNG favors you.

They are also badly in need of custom sprites given their unique industrial focus. Overall I give this squad a C+. It is held back by its tricky balance issues and lack of appropriate sprites, but it's a fun and interesting concept that definitely has potential.

EDIT: On review of my rating system, I have discovered my original C+ rating doesn't quite fit with the paradigm I ultimately set for reviewing mod squads and a C would be more accurate.
Top
Post Reply
2 posts • Page 1 of 1