Wait, you finished the colors and the lineart? Nice. I rarely ever finish anything past lineart

NarnKar wrote:Wait, you finished the colors and the lineart? Nice. I rarely ever finish anything past lineart

Well color scheme wise it's not that complex, red base coat with red and white stripes. Plus I had the art as shown above and the game so I can look at it in the hangar. 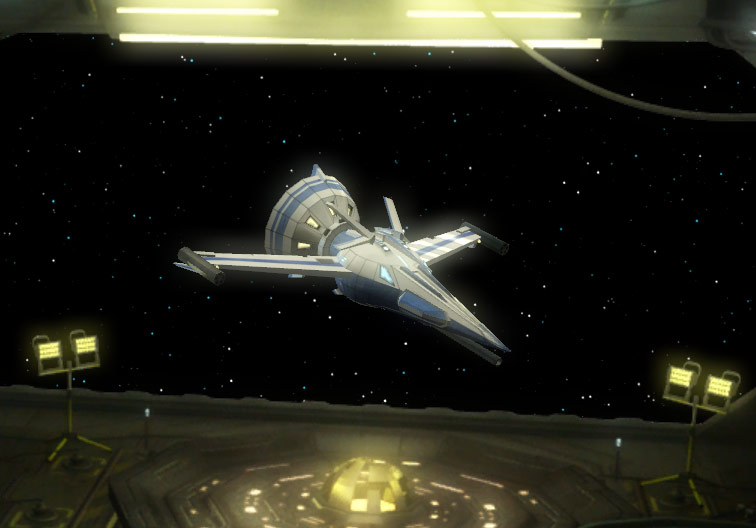 For my spriting, how hard it is isn't totally dependent on complexity, it's also how well I can visualize the idea in my mind. The stronger the vision, the easier it is to make. Right now making some weapons sprites from scratch would be harder for me than this ship because I have no image or referance in my mind. Also I got the cloak done too.

Got shading and glows down, but I still feel like I'm missing something that will make it really look good and I don't know what. Maybe I'm being harsh on myself. (forgot to add this before) Whiteweasel, it's looking lovely, but maybe try adding another level of shadow/highlight, and follow the curves rather than using just straight lines (especially around the middle bit)

Also, try adding a Gradient Overlay (if you're in photoshop, group all your colours together and use 'layer styles')
The official FTL ships usually have a slight gradient across their parts, and I find this is the quickest/easiest/suitable nicest way to do it.
Top

Another try! This time I aimed for a mix of a railgun type barrel but still more or less look like a cannon.

So, what do you think?
I do random stuff and surf on the fourms. That's about it.
Top

The base frame looks pretty good, but if you want that red glow to get more opaque as the weapon charges you should make it a separate image as add it on as the glow image in the animation code. Also, I think all the frames need to be flipped along the Y axis since the bottom of weapons face to the left in animation strips (unless what's facing left now IS the bottom, but it doesn't really look like it).

Everything but the back end looks fantastic. It's just that the back seem kinda generic in contrast to the rest of the ship, maybe it could use some more lines?

I'm ALMOST done with the shadows for the Ion Cannon, I should be able to tack it onto the end of this post within the hour. TA DAAAA! As promised, within the hour. I know this isn't the best way to showcase the shadows, but I couldn't help myself! You get the idea though. Now all I have to do is make an artillery animation, run it through Superluminal and the code the events and it'll be ready for integration with the Kodiak mod. Now I have two questions.
A) How do you make engines cheaper and limit shields to three layers like dryealges decent into darkness ship?
B) Would say having only two weapon slots be worth it if you have a kickass artillery weapon?
2B) Also the two weapons slots break the autofire button, is there an autofire hot key or a way to bypass this?

A) How do you make engines cheaper and limit shields to three layers like dryealges decent into darkness ship?

blueprints.xml.append.
Also, look at how he did it and copy that

B) Would say having only two weapon slots be worth it if you have a kickass artillery weapon?

Probably. The Artillery better be good though!

2B) Also the two weapons slots break the autofire button, is there an autofire hot key or a way to bypass this?

Well you can hold down ctrl if you want a gun to autofire. Or I think if you hit A. I dunno, I don't use the autofire. Revolver Ocelot would know if I did

The beam has the same cool down as fed artillery (40 sec), deals two damage per room, 200 beam length ( a little under half as long as the fed beam, but still longer than a pike beam), ignores shields, deals double damage on empty rooms, deals one sys damage so a system takes 3 damage total, and has a lowish chance of breach.

stylesrj wrote:blueprints.xml.append.
Also, look at how he did it and copy that

Ohhh darn, it changes the systems blueprint, meaning it'd affect every ship. Hmm, I guess I can make a mini patch if people desire those changes.