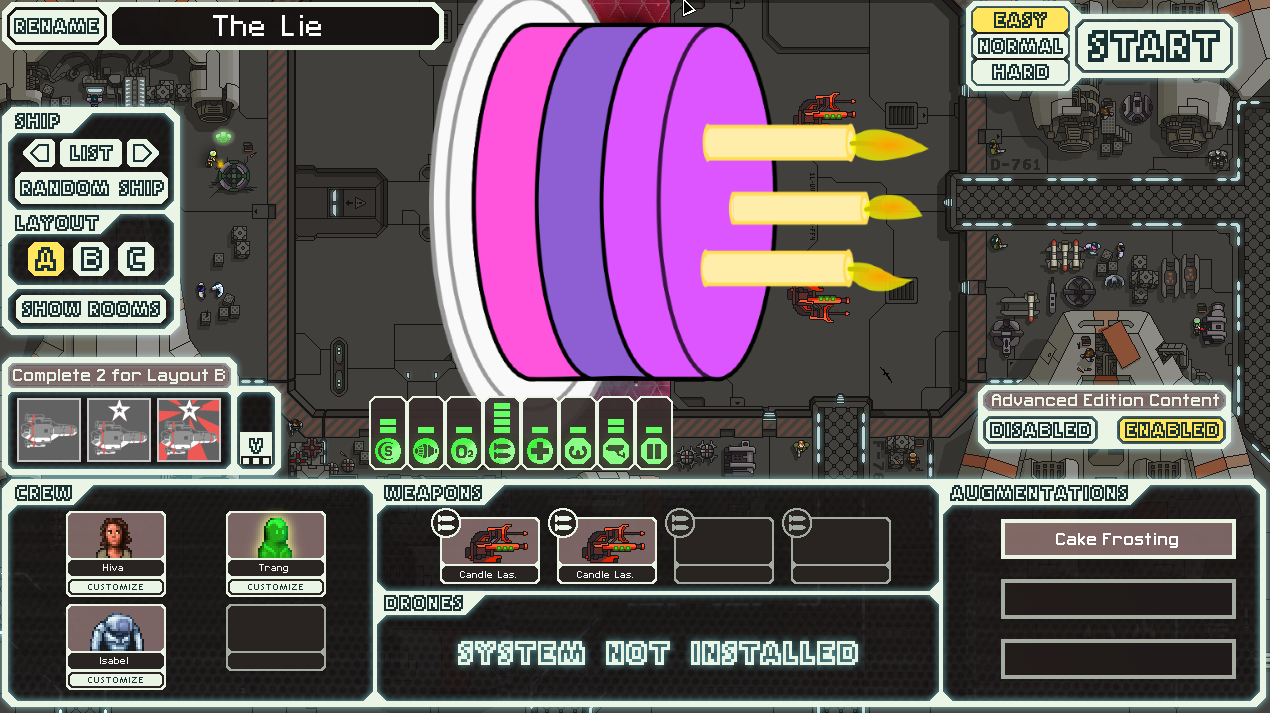 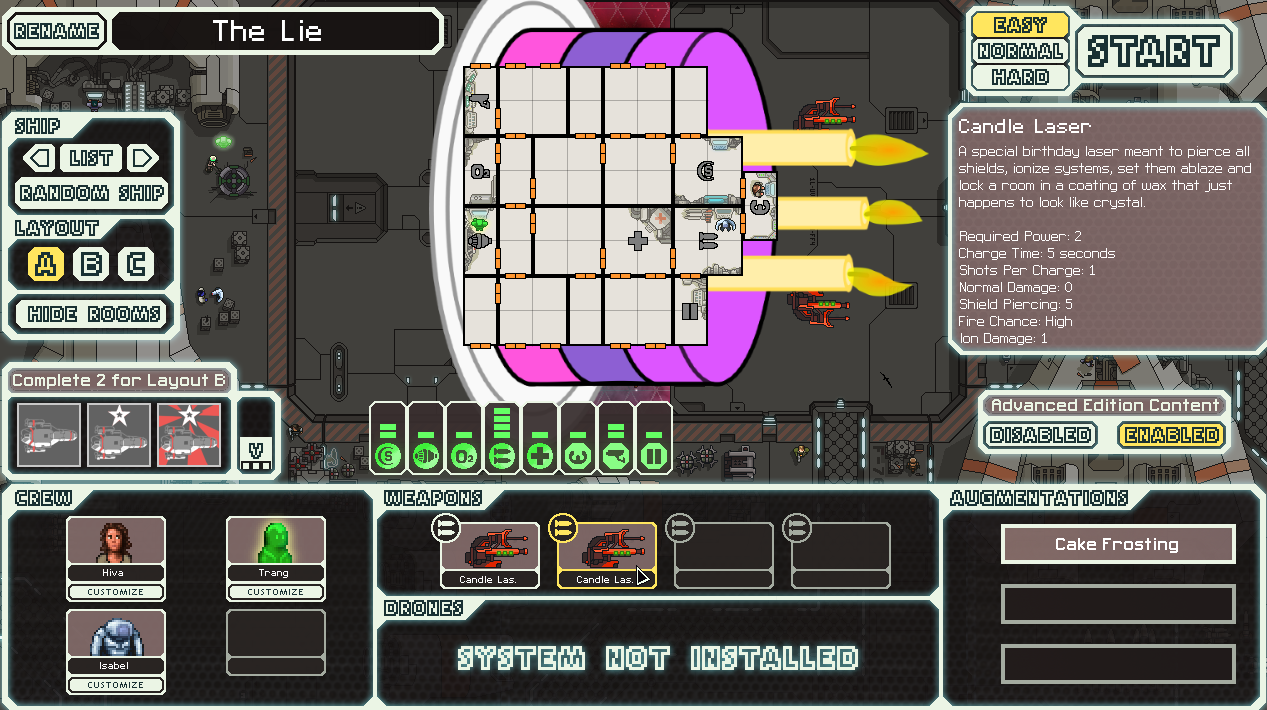 Once There was a man named Bren Tenkage, he had a birthday every year, but one year he said, "Know what would be cool, a birthday cake ship" so he called on his friend who was an expert on weapons and after bribing him with some chocolate milk he got some special fire candles for his giant ship made of cake. With Magical frosting (dont' ask where he got it, most likely from Deadpool or something) that could heal his crew he was ready to head out and celebrate his birthday with style.

Yeah this ship is silly, its meant to be one for fun. Enjoy.

Let's Plays and Showcases
https://www.youtube.com/watch?v=4DI5RXVwLas The Live Stream I did with it


Credits: Arfy for the awesome weapon, the Biodome Discord group for the support, you guys for downloading this, and my folks for giving birth to me so I could have a birthday and then make this ship...yeah LOL
I make a lot of lets plays of FTL, I also use mods I find on this site http://www.youtube.com/playlist?list=PL ... 06hca_PXuX
I am also a modder as well, here is my mod hub viewtopic.php?f=11&t=32269
Top
Post Reply
1 post • Page 1 of 1