You all remember the Druuge Mauler from Star Control 2? No? Well it's a big ship with a very powerful cannon. But the reactor is rather shoddy so it takes forever to charge up and fire.
But the cannon can charge even faster if you sacrifice one of your crew into the reactor.

I've tried to replicate the same thing in FTL with a powerful, high-damage cannon but in order to fire it, you must "sacrifice" one of your crew into the Weapon's Room. Also, the ship has a bad reactor and is staffed with Zoltan. Here's how to sacrifice your crew in 4 easy steps: Other features:
Guess which popular FPS with jetpacks I ripped the sounds of the guns firing from?
If the Mauler Cannon is taking forever, you can try and get some power into your Impact Blasters. They behave exactly like the Basic Laser except they're called cannons and look like missile launchers while they shoot stun ion bombs.
Also, if you don't want to sacrifice your crew but still want to use the Mauler, you can buy artillery in a store (if the mod supports it) and get another Mauler Cannon that doesn't require a crew sacrifice to use.

Notes:
This is still a WIP but for the moment the ship will probably get you a decent start in Sector 1 as the guns are pretty potent. Lemme know how close this is to the Shrike Line in terms of how over/underpowered it is.
I might even actually make the ship look like the actual Mauler instead of the test hull I've used for many of a concept ship.

I just did a run with the ship and made a video (will upload later with a catchy jingle).
It was a most glorious ship and I would have reached the end if it wasn't for EVERYTHING being set on fire.

Because the video run gets quite long, I've split it into two parts and will post them piecemeal because why not?
Or at least Katatonik has. What? You'd think I'd fly such a thing?

So here's part 1 of the Druuge Mauler just to show off how it works and how awesome it can be.

First run on this ship. 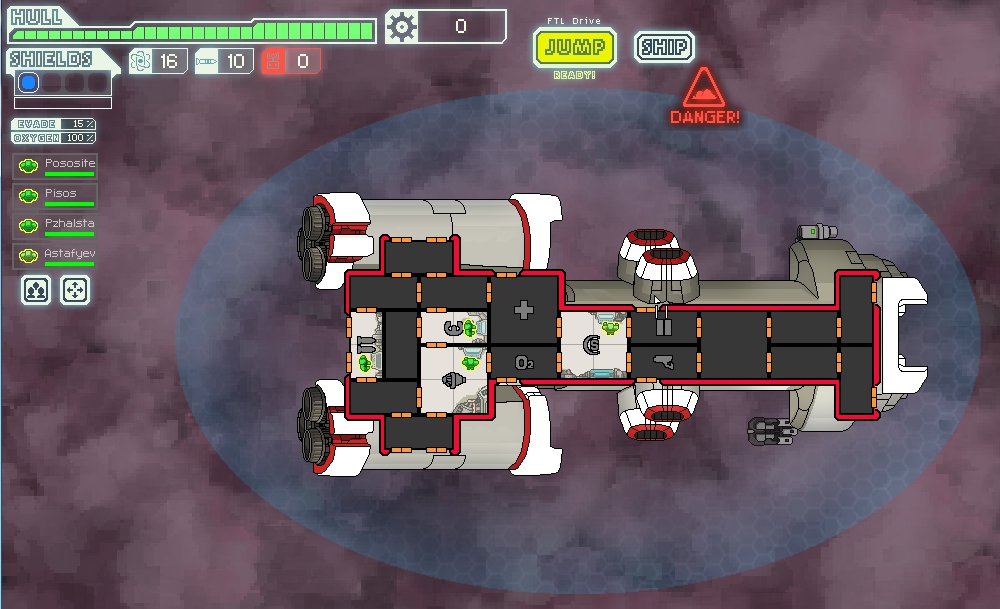 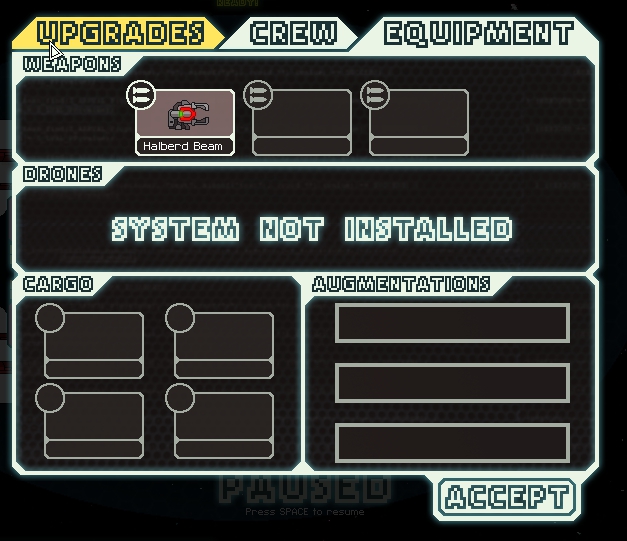 Our glorious crew ready to liberate some fuckers 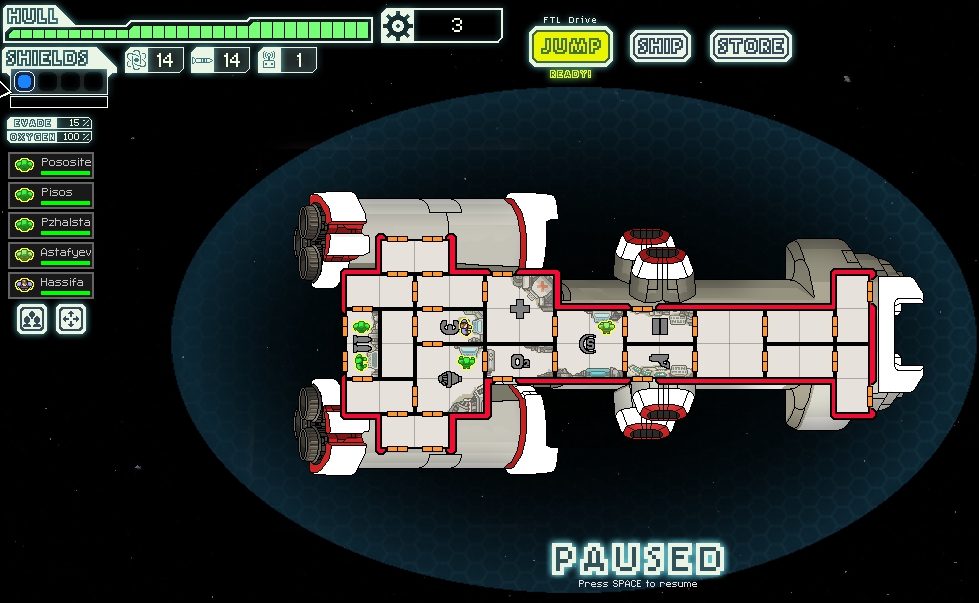 1 jump away from possible death 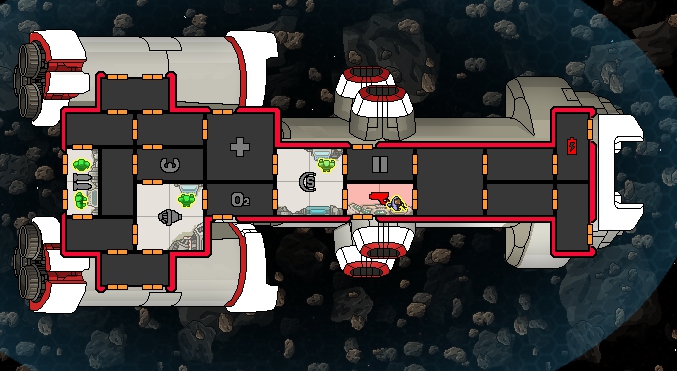 Boarding drone screwed everything up. No one to sacrifice too 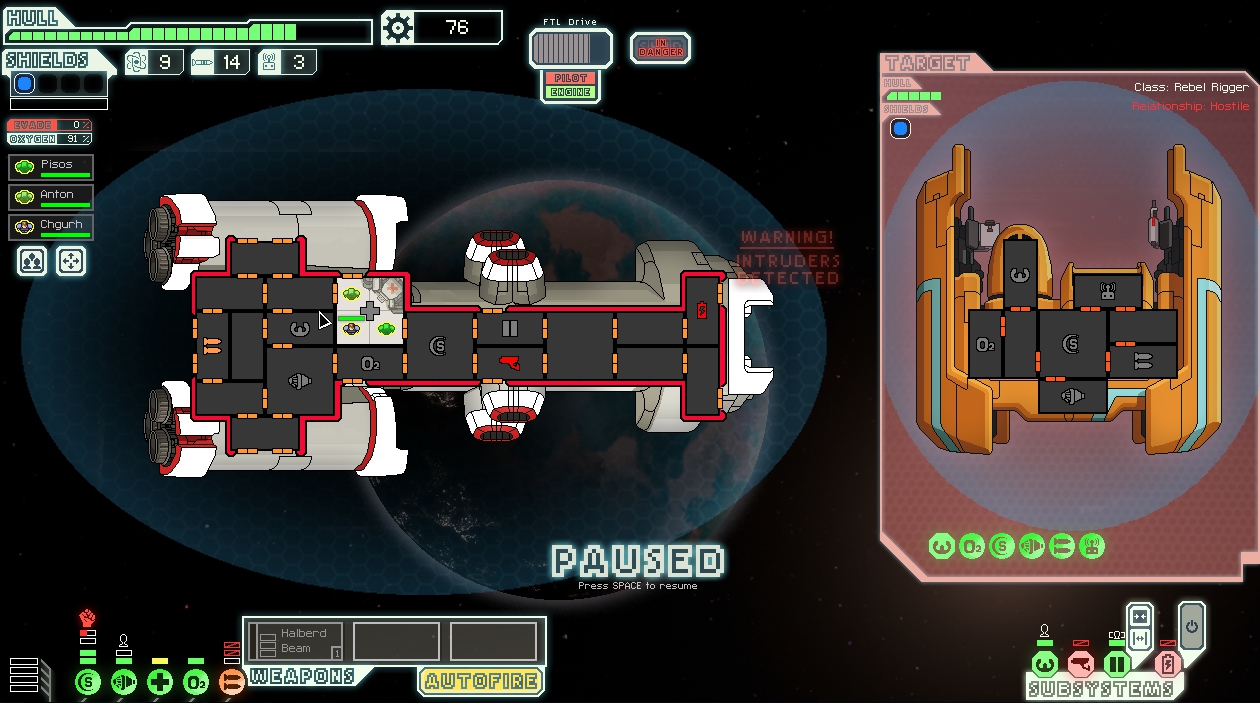 Pisos died. Not enough power to maintain the ship. THE END?

Everything is going ok 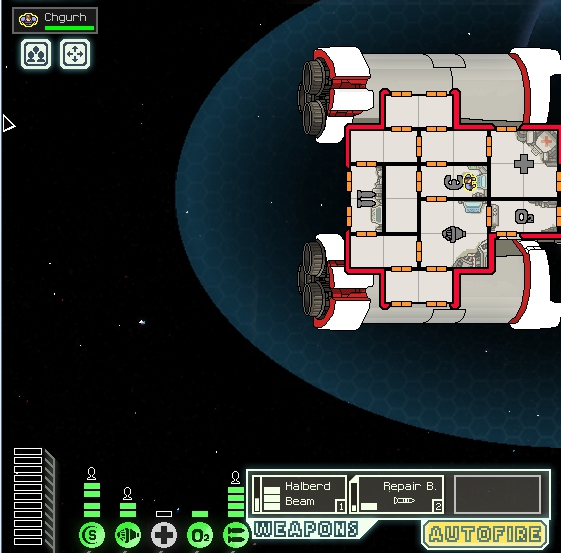 More stuff coming becaurse this is just sector 3. This ship is too weak and the run is very boring.
Top

More stuff coming becaurse this is just sector 3. This ship is too weak and the run is very boring.

Seriously? You sold the big, powerful gun that can go through all shields, do 5 points of damage and a hull breach on impact? Not only that, it's too fast for drones to shoot down (even the SMPK defence drones can't get a bead on it)

And now you're saying the ship is weak and boring? Gee I wonder why.
Top

Lol i remember this, and the ugly sketches in the shipyard XD
Good to see you use it XD.
Top

MikieRpg wrote:Lol i remember this, and the ugly sketches in the shipyard XD
Good to see you use it XD.

The ship was originally meant to be the Purity ship from Sid Meier's Starships.
Then I thought it didn't look right and threw it onto the shipyard hoping someone would do a better job.

I don't think the design really suits the Druuge aesthetic though so I might change the hull at some point.
Top

You accidentally left some red glows on your ship hull image. (Towards the top edge you can see some faint red spots. It's easy to see on this FTL Forum backdrop.)
Mod Hub | Orion - A story of survivors
Top

NarnKar wrote:You accidentally left some red glows on your ship hull image. (Towards the top edge you can see some faint red spots. It's easy to see on this FTL Forum backdrop.)

Looks like it indeed.
*checks book of excuses* It's a test hull! I'm gonna replace it with something else!
Yeah that'll do.
Top
Post Reply
15 posts