So I was working on my FTL fanfic and at some point I was like "Hmmm... how about I make another Zoltan ship. I'm really feeling it this time!"

So here I've created the Enlightened, a Zoltan ship I spliced together in under an hour from other Zoltan ships. Now you're wondering... why is it called Gutei? What's Buddhist mythology got to do with this ship? Does it cut off fingers or something?
Well no one in particular it's called Gutei because some of the upcoming chapters in my fanfic is pretty much Immortal Defense (a fun Tower Defence game) with the names changed. And Gutei was in it for some reason... it's a name.

Now for those who actually want to know what they're downloading, that's easy enough.

It's a Zoltan ship, so it has Zoltan shields. It also has Slug Repair Gel because breaches are annoying and it can commit acts of piracy in Captain's Edition (and truce-breaking. It'll make sense once I get those chapters released.)

The guns pretty much are just me saying "I like Dual Lasers. Here's two of them to get you started but check out the artillery."

The real kicker as to why this ship is deadly is the Artillery system. The description calls it the "Antimatter Siege Cannon." Does 5 damage per room, causes breaches, fires and pierces all shields. As long ranged as the Vindicator Beam so the fun never stops until the enemy is dead.

Additionally I modified the systems a lot. Because the ship is OP and you'll need something to spend all that juicy loot you'll be getting, I've made it so that you can upgrade Cloaking to Level 10. Weapons, Drones and Shields are all set to Level 16, so that's 8 layers of shield, ability to fire 4 Glaive Beams (if you're lucky) and 4 Defence Drone Mk.II's. Missiles will not get through and ruin your fun!

Finally, when you start the game you'll notice it has no crew. Intentional. It's an automated ship. Because the real fun starts when you play it. This time you'll be given a crew of 8 Zoltans and is that an 8x8 room with all the systems in it and your shields are half-damaged for some reason? Yeah I dunno why it does that. But think of it as a slow buildup to awesome (stacked rooms tend not to want to be repaired by hand).

I should make a video of the ship to show it off better than just typing it down because there's a lot going on here with the Zoltan Flagship. But like my other Zoltan ship mods, it's meant to utilise the fact that Zoltan power will stack so at least 8 bars of power for each system will be ion-proof.

Lemme know if anything is wrong with this ship besides being overpowered and not fun after a single playthrough. Or the fact that FTL can't do certain things like make stacked systems work well. 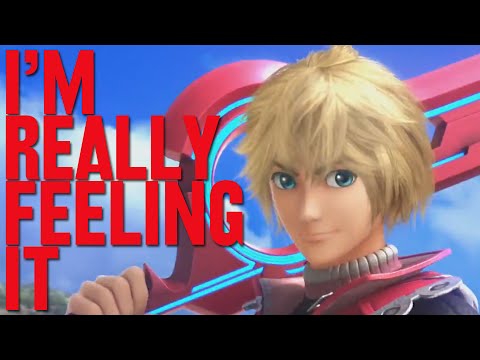 Of course there's a hidden Xenoblade reference in this mod...

Managed to kill the Rebel Flagship by waiting. That's how damn powerful the beam is.
Top

Was it at least fun to watch the Rebels burn without having to lift a finger?

Because that's the whole point of the Buzz Beam... I mean Antimatter Siege Cannon. It's overpowered for the sake of being OP.
Top

I think it's bugged because it says to use the thing to get crew members but I don't understand how and it doesn't appear to automatically go off so what do I do?
Top

Mr_Mince wrote:I think it's bugged because it says to use the thing to get crew members but I don't understand how and it doesn't appear to automatically go off so what do I do?

Are you running any other mods at the same time that alter the start beacon? Because it should be a blue option at the start of the game (and possibly any civvie sector). But I've tried this with Captain's Edition and the option is there before the socialisation options, etc. So I don't know.
Top

I admire your ship's greatness and power, but in terms of overpness(Gamingwithjen reference here), my work really is better. Wave motion cannon which is also based of vindcator beam, moves in a zap(might slow it down in future for watching purposes), and deals 15 normal damage.
http://www.ftlgame.com/forum/viewtopic.php?f=12&t=28636
I know it is a kind of advertising and I am really sorry, but I just want to brag about my ship's overpness.
Top

Hi,just wondering,is there a way to unlock the normal Zoltan A without using a .sav file? If there is,please tell me
(I actually just made a account to post this,the ship sounds amazingly OP.)
Top

(totally assigned) wrote:Hi,just wondering,is there a way to unlock the normal Zoltan A without using a .sav file? If there is,please tell me
(I actually just made a account to post this,the ship sounds amazingly OP.)

There's an event in the Zoltan Homeworlds that might set you on the path to righteousness. It's one of the easiest quests out there. All you have to do is not choose the wrong options (and there are plenty of online guides and even on the FTL Wiki on the solution).

1) Find the Zoltan Monks and choose to Hear Them Out
2) Go to their quest beacon.
3) Do not attack the Rebel Ship. Negotiate.
4) Perhaps there is some way to resolve this without violence
5) True progress can only be achieved without bloodshed

Congrats! You've got a Zoltan Shield/Envoy/Free Weapon and probably not the Cruiser because the RNG was not in your favour