While going through emails I remembered my FTL fourms account, I decided to get back into the game and have been playing a lot recently again. In my time playing I remembered my first mod, the Zoltanica, which was a peice of junk. However I had new ideas and more experience so I decided to put together a new ship, The ScrapBoat is said ship. 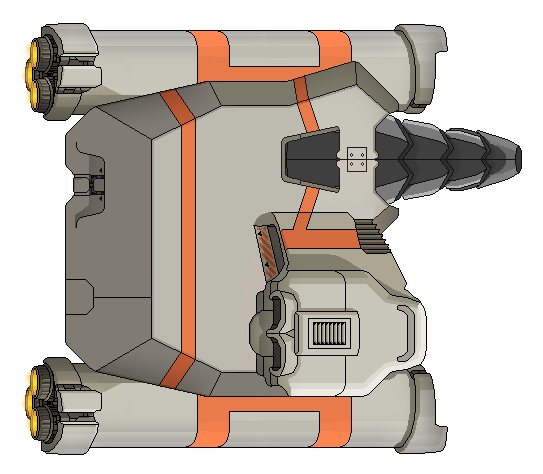 The Scrapboat is a repurposed mining ship, frantically prepared to fight the rebels by the federation. It is not well equipped and thus only has ONE weapon slot! It does however have a very powerful drone system from when it used drones to mine asteroids. The cargo bay was also modified to fire out its contents at opponents.. Being manned by a Lanius, Human and Engi, this ship is ready to be commanded by you.

Has full destruction gibs, cloak image and miniship image. It is equipped with a dual laser, combat drone MKII, defense scrambler and Flak Artillery. Initial systems are Piloting, shields, engines, weapons, drone control, sensors, doors lv 2 and medbay. Has access to all systems. It only has 1 weapon slot, but it has 4 drone slots! This ship replaces the Federation Cruiser

TYPE B: The Turncoat 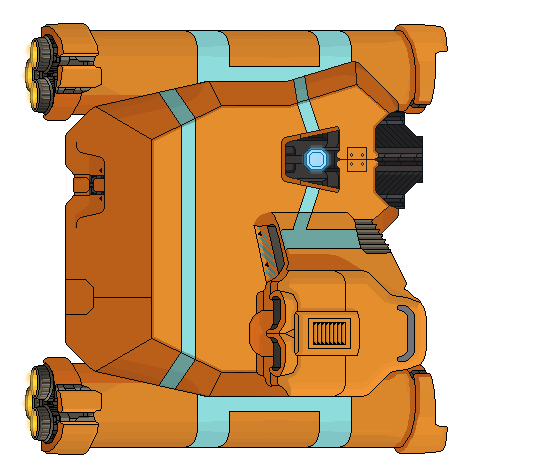 After the success of the RedTail, the federation decided that they would disguise the Scrapboat as a rebel ship in order to increase its survivability, by trying to get through the sectors without being recognised as federation. They upgraded the weapons systems partially and gave it a stolen, high tech, confidential superweapon from the rebellion. With the most dastardly loadout imaginable, they hope to further convice the rebels that it is one of theirs.

This ship is equipped with the boss's Ion artillery, a fire bomb, a fire beam and hacking. It has a standard medbay and can equip all possible systems. it has a hacking stun for some very fun and interesting combination attacks with the hacking system. It is manned by two humans and a lanius. Has two weapon slots and 3 drone slots.

THE OLD FILES HAVE BEEN LOCATED, TYPE C MIGHT STILL COME OUT.

IF YOU FIND ANY BUGS, PLEASE REPORT THEM. I WILL ALSO ACCEPT AND APPRECIATE ANY SUGGESTIONS ON BALANCING AND IMPROVEMENTS!

KNOWN BUGS:
The HUD does not like having only 1 weapon slot, showing space for a second weapon and the autofire button where the fourth slot would go normally. Working on a fix, its just visual.
The engine effects do not shut off. working on a fix.

2.1 CHANGELOG:
Fixed the lack of doors leading outside on the Type B

Hmmm... I think I know what ship to be flying next for a video...
Top

I like the ship, it's really cool. One thing to work on though is it kind of glitches out the display. In the picture I took you can see it causes there to be a big gap at the bottom between weapons and drones. I don't know how you'd fix this, but someone here on the forum could probably help you. Other than that, great job! Actually, that can be fixed by setting the number of weapons to 2.

2 is the minimum for both drones and weapons
Top

liquidmetalrob wrote:I like the ship, it's really cool. One thing to work on though is it kind of glitches out the display. In the picture I took you can see it causes there to be a big gap at the bottom between weapons and drones. I don't know how you'd fix this, but someone here on the forum could probably help you. Other than that, great job!

I did put a heads up about that problem in the post, it is annoying but it doesnt hinder the operation of the ship in any way.

redlerred7 wrote:Actually, that can be fixed by setting the number of weapons to 2.

2 is the minimum for both drones and weapons

Thing is, this ship isnt meant to have 2 weapons, only 1. It is how this ship plays and works and is designed around.
Top

Alright I did a run with this ship... it wasn't my best effort but I tried... I also went with a Firefly theme instead of my usual Xenoblade references for some reason.

If the link doesn't work, it's Youtube's fault. They love spending 5 hours processing things that do nothing (I once took up their suggestion for a metal background for a Metal Fatigue Let's Play. After about an hour of processing, it never showed up at all.
Top

New update released! Fixed the Piloting image and the Artillery shot origin point. Also gave the engines the appearance of being on, although they never shut off... All should be good now!
Top

New update! I was testing and found the Scrapboat did not like some other ships because of name conflicts. I have given the ship unique name extensions now to use for its rooms so those conflicts should cease to exist. Also working on proper engine effects so i removed the fixed on ones from the hull. If anyone knows how to add the engine effects using SuperLuminial2 I would appreciate the help!
Top

It is not possible to make the engines "flare up" when they are powered. That effect is hardcoded into the game.