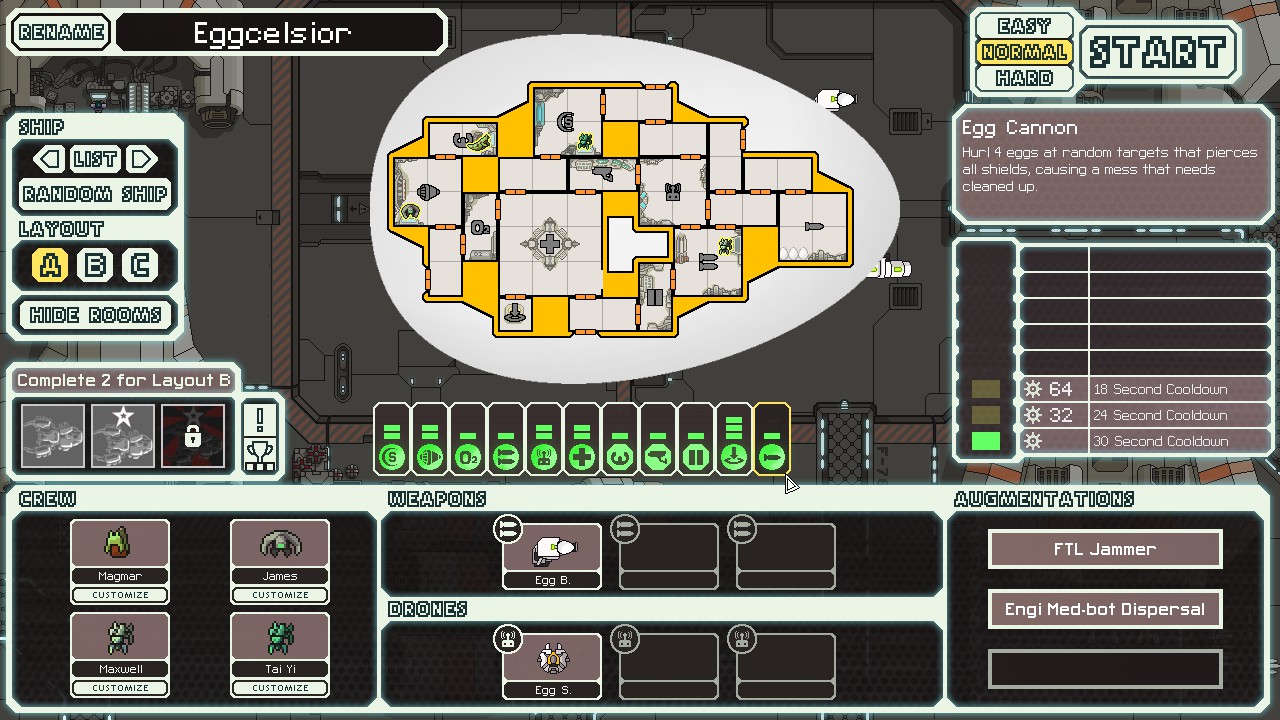 Compatible with Limited Time Offer, if you want cloaking, hacking, or mind control, although this is no longer needed for Eggcelsior AE.1.3.

Update for AE.1.3:
-Compatibility update for FTL 1.6 (Artillery-related text)
-Buffed the egg
>Increased system damage on Egg Bomb to 3
>Teleporter starts at level 3 once again, and is now 100 scrap cheaper to reach level 4
>Medbay starts at level 2
>Increased starting reactor by 1
>Added Engi Med-bot Dispersal
-New event at vanilla stores for purchasing Cloaking, Hacking, and Mind Control without another mod
Welcome to the nightmare that is micro-management. The teleporter on this boarding ship can only hold one person! For the cheap, cheap price of 299.99 scrap*, paid over two installments, this teleporter has no cooldown! Sweet!