Shrooblord wrote:These changes didn't come through. Not in the Hangar, nor in-game. I picked the Gila Monster because it has some Mantis crew to start off with. I realise I'm editing an xml.APPEND and so maybe my changes aren't being used in favour of the code already written in the original game's blueprint.xml, but if that's the case, then why are those race entries even in the blueprints.xml.append for CE to begin with?

Chances are that some other mod is overwriting your changes. Potentially a mod that is loaded after this one. Append files are files that are added to existing files, non appends completely overwrite existing files which is not very useful. Didn't you mention that the mod worked on itself? So there seems to be no problem with your changes after all. I'll see about integrating them. On a more general note I'd advice against changing anything in vanilla events or item descriptions, as some users will perceive this as needless tangling with the files.

I thought of that, but in the interest of avoiding the crashing conflict I kept having, I was only testing the game using CE Resource and CE by itself. It still doesn't seem to want to accept my changes, but maybe that's because I'm trying to alter vanilla texts? Still, why are those texts included in CE if they can't be altered by modding them in the blueprints.xml.append supplied with CE?

Yeah I'll see if going through some more CE content gets accepted. But I'll have to change quite a lot to give myself a reasonable change to encounter the events in which I've changed text.
Anyway, off to work!
Top

Shrooblord wrote:Still, why are those texts included in CE if they can't be altered by modding them in the blueprints.xml.append supplied with CE?

Because I modified other aspect of the overarching blueprint (without making use of SMMs advanced features). For crew thats mainly their appearance. The text is just there cause its part of the mantis blueprint I overwrite.

The changes you made don't take affect because your mod doesn't mimic FTL's internal file structure. In that regard I also replied to you in the "Questions Here" thread.

will start polishing up and getting the gibs in the right names and stuff soon.

Question for the slug: maybe make it a bit more interesting with maybe some specific weapon selections?
Also for that ship (which was intended as player but you know me- I make my player ships the size of enemy ships) I was going to split hte ship into 4 sections (for the type C with clone bay), the engines + 1-2 rooms, the Weapons +1 room, the Shields+1 room, and the helm (+the rest and the centre of the ship, by + I mean what is connected to it via doors) and due to how the player starts where crew are (ie if I have 4 crew I will have at least 1 slug or what ever at each station).
I am not sure if enemy crafts do this or they simply pile up near the helm and just go to the rooms later. if it is the "pile up at helm and go to systems!" Which by looking at some videos just now it is the "I am at this system!" and all extras will be at other systems.

That could be 1 of the lay outs. The others can be more normal but this one I mentioned isn't like those I've seen- I did see a few disconnected room ships (typically just 1 ie O2 on a mantis invader, rebel vintage (invader?) has disconnected Stealth, famous slug interceptor has disconnected O2 and Engines... etc)

I am also going to eventually be working on a "Tesla weapon" which is essentially a very big frame by frame animation sheet of a tesla weapon that would shoot out lightning towards the enemy ships direction and on the enemy side it has a "bomb" weapon with a big animation of lightning coming out from 1 of the sides or directions. Would perform similar to a stun effector with damage. (nothing to strong like 1-2 ion damage and 1-ish normal damage). Thought maybe that could be in CE maybe- at least maybe only in the form of a slug exclusive weapon- was just an idea to make this thing more special... however I am still debating on the art. There are many ways I can go with it... Some exmaples of ideas in my mind thus far.
[img]
http://img00.deviantart.net/0477/i/2013 ... 6lypkx.jpg[/img] 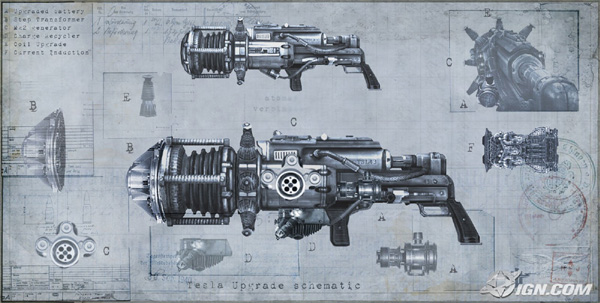 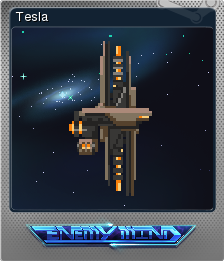 (note: last one is a ship, however I want to incorporate the twin spinning "tesla" guns in a form of a weapon)
Of coarse I am not trying to force anything onto the mod- just thinking of ways to make this slug ship more interesting.
(PS: the reason I really want to make this weapon is because Justin Ma himself wanted a form of a lightning or tesla weapon in game but never made it.)

The slugs have very interesting lore behind them and such and I find it kinda weird that in vanilla it's just droned out in nebula. -shrugs-
Anyway- you want most of the Rebels in the black and red colour scheme (also your opinions on the black and purple?), for eg the vintage rebels? I would assume the rebel ships with no pirate markings would be a nono- however considering what-little i know of the Red+ black in CE or black pirates in general (I mean in hull colour not racial slurs...) is that they are a bit better then normal pirates (for eg the "Pirate cruiser" that has stealth and everything nice)- I can see these high end pirate ships getting a hand on a Rebel er-... I have no idea what to call that thing- the thing that has 3 of the "Boss" artillery mounts even though I never saw 1 with said artillery weapons ^^;
R4V3-0N, a dreamer.
Top

Is EL supposed to take over 5 minutes to install? It's been sitting there a while.
Top

Pigbear wrote:Is EL supposed to take over 5 minutes to install? It's been sitting there a while.

I personally never installed it, but when I installed CE recently- as well as looking at everything EL does- I can assume EL is VERY big.
R4V3-0N, a dreamer.
Top

I did forget the mention the command line for SMM is saying that the java ran out of heap memory, I think that's an issue.
Top

Just before I start making the gibs all out- Do these set of rebel ships tickle your fancy sleeper? I added extra gradients to the Vintage rebels as due to there simplistic-ish geometry and shading it was very bland without the gradients. Normally I do not do gradients because I often over do it however with these simple wide hulls I think they turned out pretty well.
R4V3-0N, a dreamer.
Top

I wholehearthly agree that "vintage" rebels were lacking deepth and looked quite bland, compared to other, awesome CE's ships. I always shaked my head when encountering vintages - even after some work on them, they still looked like ripped from "other story".

The added gradient seems to fix 90% of the "alien look" problem. I hope that non-pirate ones can get "gradiented", too.

Estel wrote:I wholehearthly agree that "vintage" rebels were lacking deepth and looked quite bland, compared to other, awesome CE's ships. I always shaked my head when encountering vintages - even after some work on them, they still looked like ripped from "other story".

The added gradient seems to fix 90% of the "alien look" problem. I hope that non-pirate ones can get "gradiented", too.

I may do that to the non-pirate ones. However the problem here is that I kinda do not want to edit all the gibs again as not only is it tedious but also pointless in my mind as the thing is no one would notice it- as well as most of the destroying part of the enemy is covered by explosions and the moving makes it hard to notice as well.

Yea- the vintage rebel ships 'look' bad because it is like the kestrel- made very early in a time that the game was going for more and more simplistic view, then the more and more new ships made the older ones look bad (ie slugs and kestrel is the oldest vanilla ships, compare them to the Federation cruiser, engi ships, rock, crystal, etc... and then the newer guys- the rebels... and even more newer- the lanius)
So they updated them.


Justin Ma (the dev and artist) does lurk on the modding page for the forum as well as use some mods (ie CE) so when he checked back and found out we put his early works back in with CE he probably false palmed with embarrassment and wondering how the hell did I even get it back in game xD
R4V3-0N, a dreamer.
Top

Ha, so once upon a time I learned that the gradient tool is evil. The examples there don't really fit our problem at hand here, but the thing is that the old Rebel ships look flat for shading reasons and because it uses a very limited palette. I don't think gradient really fixes that.

If you compare the new and old rigger you'll see that the new one has much more different shades on the wing sections. Also the "top" of the wings don't have the same shading on both sides, the left one is slightly shaded and the right one is as bright as the rest of the ship. In the mid section there are also much more shadows that the ships protruding parts drop on the ship body. In generall, the old riggers use a smaller color palette, basically just three shades instead of the about five (?) that the new rigger uses. Ultimately its that stuff that makes the new rigger look more plastic, all of this is missing on the old rigger, but adding it would make the ship look as plastic as the rest of FTL stuff, without falling back on gradient shading, something that FTL art does only very selectively.

That said I understand that adding more shades and more shading detailed would be a lot of work, so I'll still take the shaded variant, given that the gibs match.

The idea for more disconnected Slug ship layouts sounds good. As far as I can tell since AE crew is spawned at the systems they man, so it would be possible to spread crew across multiple ship sections. That would makes individual crew more vulnerable, but the whole ship better protected against boarding, which might indeed be an interesting challenge.

Hyperspace Dogfights, my latest game project. You can get it on Steam!
Tweet Tweet - CE Tip-Jar - That other game I once tried to make.
Top
Post Reply
6622 posts