I've been having some troubles with CE...

And some weird things would happen, like white backgrounds and missing planets and stuff, but the game still loaded and played.

Today, it just randomly stopped working, giving me an error: "this application has requested Runtime to terminate it in an unusual way", brought to me by Microsoft's C++ Visual Library or something.
So I reordered it to the order recommended in the thread: BpaB, CE, CE BpaB compatibility, so on, and it still gave me a runtime error...

I uninstalled/reinstalled vanilla FTL: AE, patched it with my old mod order, and it works. The new order/recommended order doesn't work.

I kinda wanna know: why did I get the first Runtime error? And why does the recommended order not work at all for me?

EDIT AGAIN: here's some glitches from my last few days of playing...most of it probably has to do with BPaB, but some of it is just...weird. http://imgur.com/a/h42qr
Mod Hub | Orion - A story of survivors
Top

Oddguy wrote:Dont know if my last post was looked at. How do you upload continue.sav? I forgot I made a backup of the game at that point where the beacon to the left froze the game.

What do you mean with upload continue.sav? Upload to where and why? If you want to send me your continue.sav than there is no point in it, I can not determine which event the crash you reported originates from if it happened in deep space. It can literally be any event and I already pointed that out some pages ago.

Russian Rockman wrote:Anyway, I like the visuals, but I think the perspective is wrong. I think you should blur the images long ways... Best way I can explain it is the stars should be blurred in a "passenger looking out of a train" rather than a "car driving through a tunnel" perspective. Because obviously we have a top down view and just like the asteroids move we are expecting movement across the screen rather than "into" the screen.

The thing is that we are stuck with planet images here. I agree that the perspective you suggested would work bottom, but it would still just fill the bottom half of the screen and that would look pretty odd as well,

And some weird things would happen, like white backgrounds and missing planets and stuff

Well naturally some weird things would happen, as you did not observe the load order. I recommend going through the troubleshooting section and probably reinstalling FTL and SMM. Should work then.

Although, after I un/reinstalled SMM, this happened. Not sure whats wrong there, but the mod itself works (I just checked once more to be sure). So there is nothing much I can tell you. The errors visual problems you show can happen if you do not let SMM finish patching before starting FTL, but I guess that is not what happens here. Maybe try re-downloading the modfiles?

This ship attempted to surrender immediately after deploying a combat augment (radiation projector). 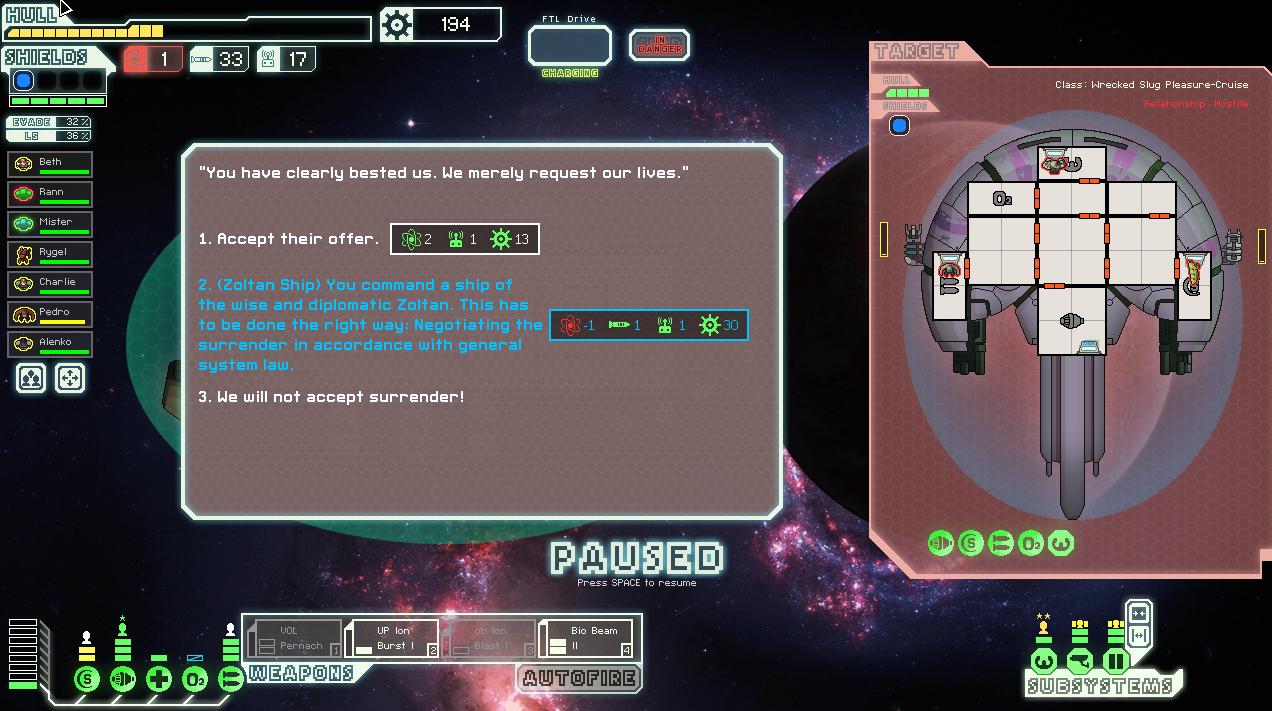 Edit: This ship also used some sort of combat augment on my shields, even when it only claimed to attack medical equipment. Did I simply miss the prompt? Edit: I'm being targeted by PDS but the background art is not saying so. 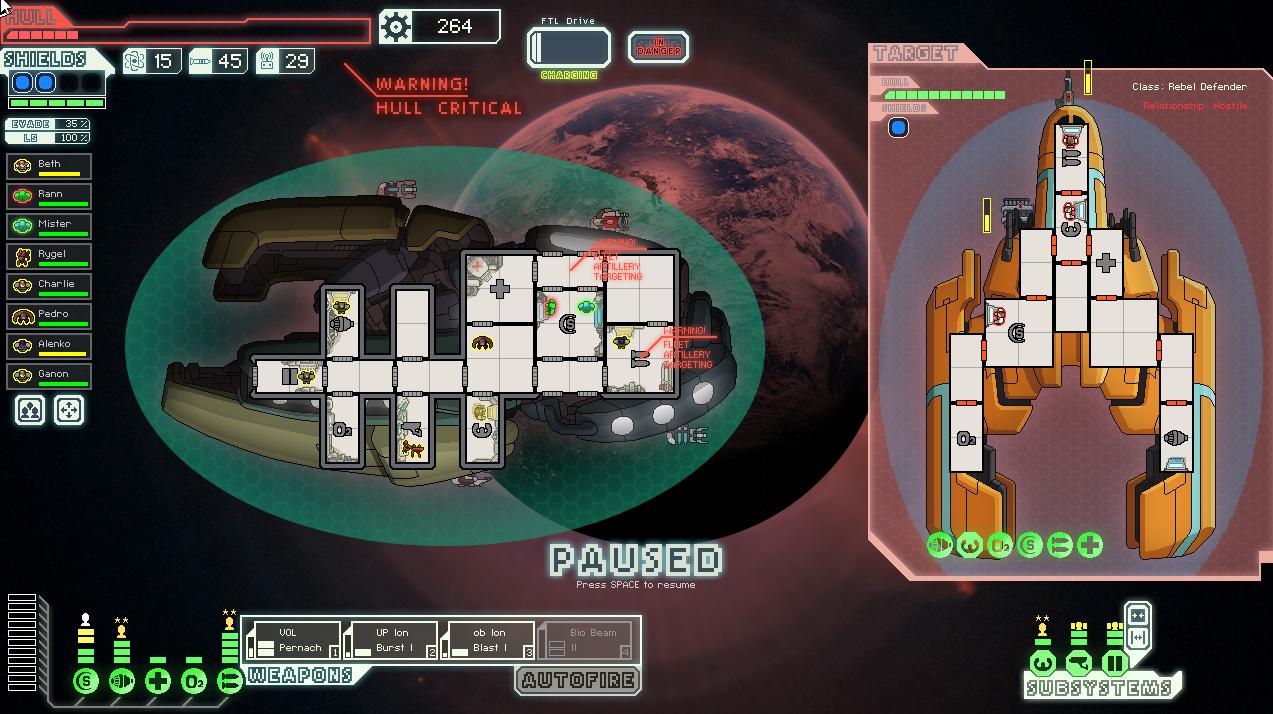 Ok either I misred something or there is another small bug.
Met an engi cruiser in one of these federation controlled sectors (red but lot of fed events)
The game was telling me they were refugees so I hailed them just to be attack by a zoltan ship - at leaas that was what the textbox was saying because actually I attacked the engi refugees, After a small fight they offered surrender accepting it would have made me a pirate so i let them go to not loose crew.
I yet have to meet that zoltan ship though.
Top

This bug comes from the pre-fight damage on ships that comes with CE. Heavily damaged ships will occasionally offer surrender before the fight begins because their health trigger has already been reached. Unfixable, as far as I know. Though the message could be changed to be more fitting of all scenarios.
Top

I don't know where to post this, but when I try to patch the mod, it loads the game with the station loading screen (not the regular one), and then exits the game and there's a pop-up saying "assertion failed" and some other stuff I do not understand.
can anyone please help me?
Top
Post Reply
6628 posts