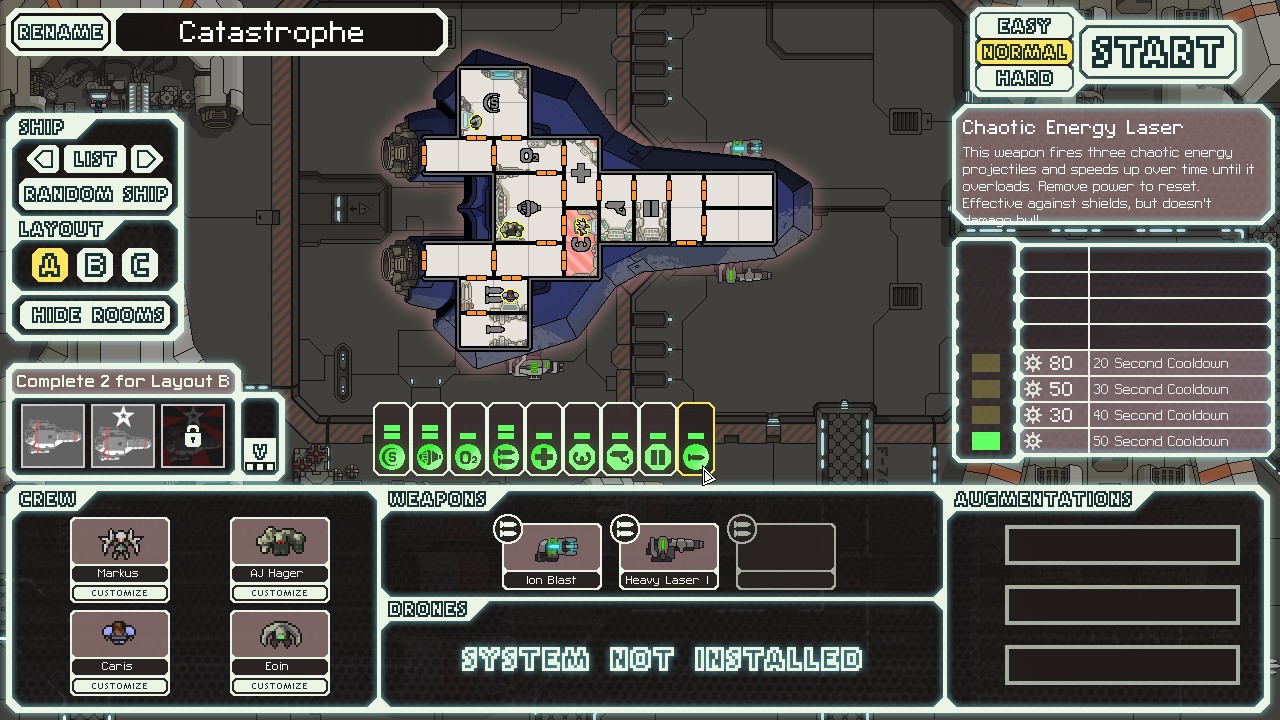 Starts with a Lanius, Rock, Human, Engi, Ion Blast, Heavy Laser, and basic systems in addition to the artillery.

Credits:
FTL, Slipstream, Notepad, PSP7
SentryJumper for Hull Art
Arfy for Weapon Art
Biohazard063 for testing, because I don't want to get Java to run Slipstream myself. This is why I don't have my usual hanger image for this ship.
Edit (Oct. 11, 2017): Running Java/Slipstream now, so there is now a hanger image.
Last edited by RAD-82 on Tue Oct 17, 2017 6:41 am, edited 2 times in total.