Well, I thought my ship could not get any better with 5 engine and 4 shield, and six shots with hull laser II and burst laser II (unpowered is a hull laser I and Hermes missile).
It had a fully powered artillery beam, and I could switch those four power for level 2 medbay/teleporter.
Then I found the zoltan ship unlock quest.

The flagship was weapons practice.

EDIT: Trying to fix the picture, hold on
RE-EDIT: Picture is still not working, just click on the link
The Engi Conspiracy Mod wants help with stuff!
Top

Sadly, no picture proof, but I just finished this run.

I think I took 5 damage in total in the final fight..Chain Vulcan + Supporting Burst Lasers = Death to all who face me.
Even a ship with 2 Mk II Defence drones. That ship was annoying.

EDIT:
PS: I think I have to say that I prefer this set up to an all burst laser set up, but a double chain Vulcan to this set up as well. Reason being is the high rate of fire. It is possible to cloak dodge out of a lot of damage with burst lasers. Not quite as true as with the Vulcan. You can dodge a round or 2, but they will be on top of you again as soon as you de-cloak. I would go ship to ship with anybody with that set up, especially a double Vulcan.
Top 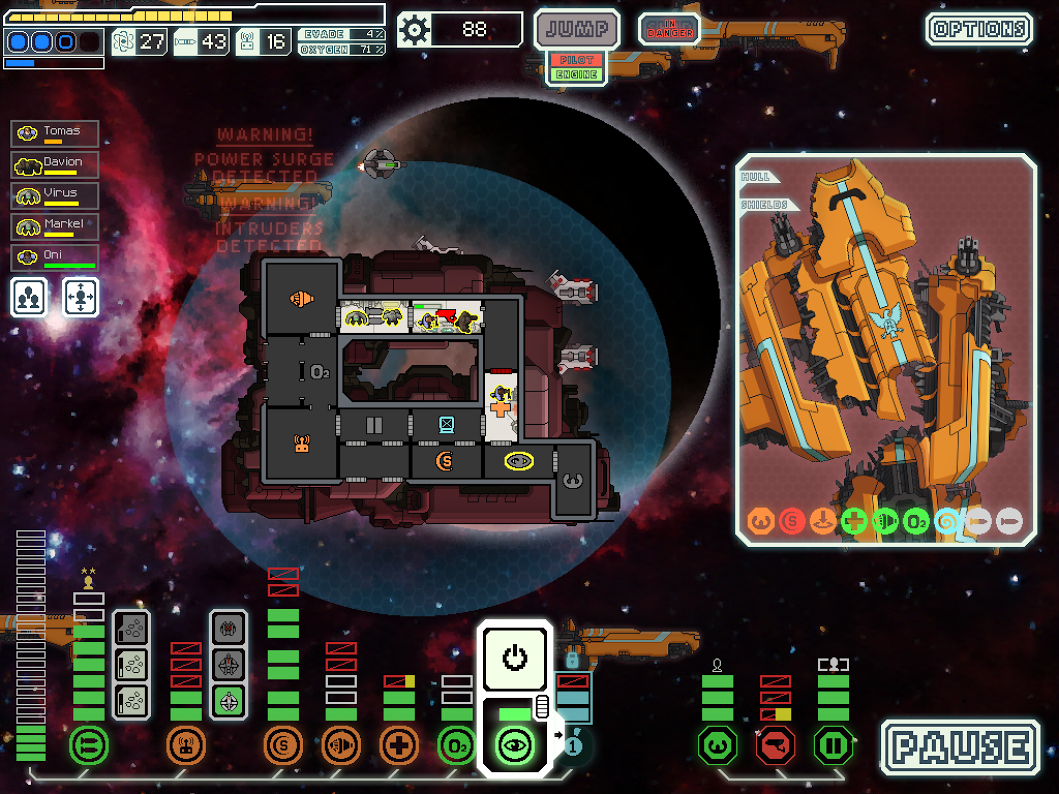 Recently got an Engi B run with 2 Flak II's (and a Flak I to boot). Not the most stable setup, but is it oh so satisfying to hear the solid crunch against the Flagship's hull.
Top