This mod aims to add alternative ways to play Steel Judoku by adding a few upgrades I felt were missing. Yep, its another Steel Judoku tweak mod, since its everyone's favorite squad to tweak. This mod is highly configurable, allowing to you disable all the changes back to vanilla, or to enable your choice of options.

If enabled (default), the judo mech is allowed to target mountains with its attack. This will deal damage to the mountain, and throw a rock to where the target was supposed to land. This upgrade provides a way for judo to damage mountains, as that was previously impossible. It also provides another option for blocking vek attacks. 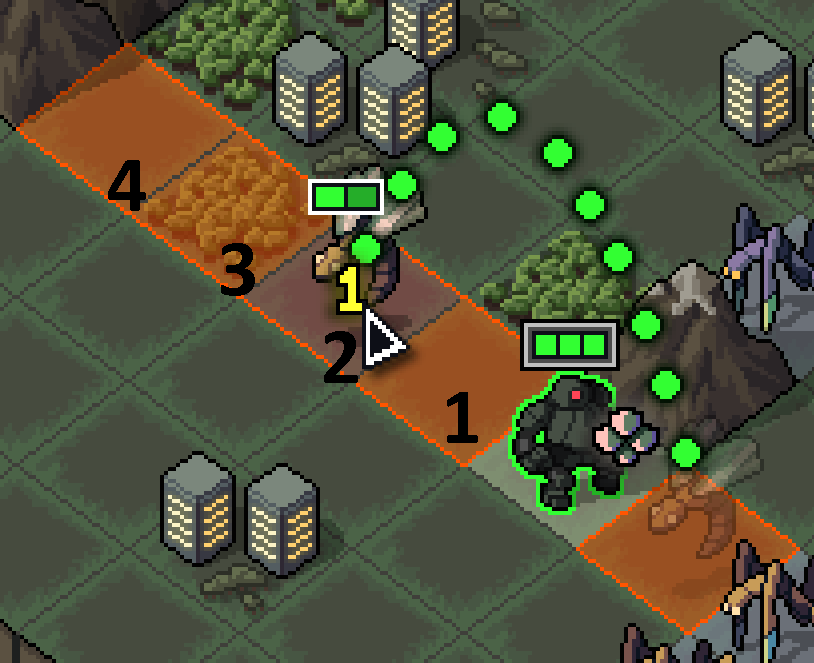 The config file allows selecting between three different options for each of the two upgrades to Vice Fist. These upgrades center around range upgrades, with different ranges illustrated in the image above. A range of 1 is default without upgrades, which is vanilla range.

The first upgrade remains the cheaper upgrade, with the following options:
The second upgrade options are more powerful, all options cost 3 cores:
In addition to these upgrades, the base range of the judo mech can be increased to 2 using the config. Using this increased range and choosing range for both options allows a maximum range of 5 for the judo mech, which is basically the full map. However, default configuration allows a max of 2.

This mod adds two upgrades to the gravity mech. Both upgrades can be disabled independently.

In addition to the other features added by this mod, it also adds a new mech that can be selected in custom squads. This mech has the same stats as the Gravity Mech, but has the Confuse Well in place of Gravity well. It still has Vek Hormones, making it ideal to swap out for Gravity Mech.

Confuse Well is a science artillery weapon which confuses the target. It behaves like a cross between Confuse Shot and Gravity Well. In addition, it has the following upgrade:

The mod config allows disabling the confuse mech, or disabling its weapon being added to the shop.