Welcome to our first dev diary for Project Coalition!

This is SomeFederationPerson and Stormbringer, here to talk to you about our mod and some of the factions and ships that we will preview in this mod. We had recently (if not a couple of months ago) we announced the mod to the community. While we are ‘technically’ half active, we have been making big progress this past month (mainly on the human factions). But onto the main topic at hand...


The Rebellion - A Legacy of Blood 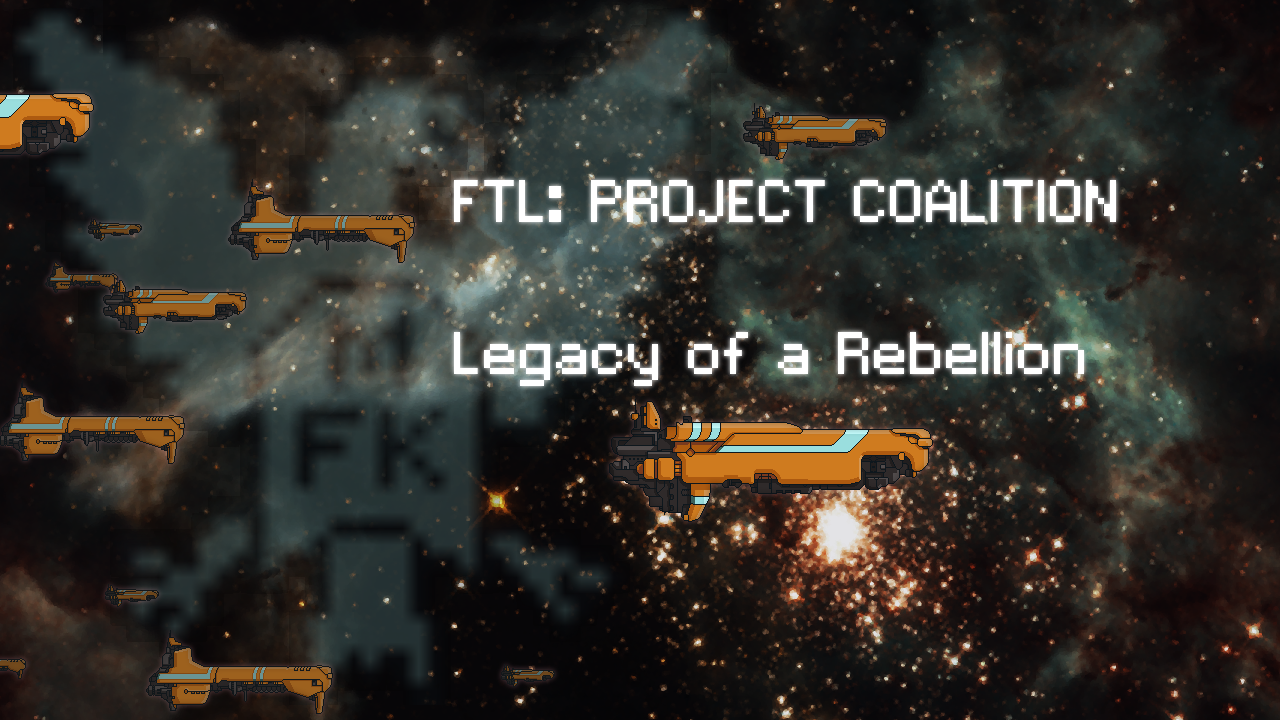 With the destruction of the Flagship, the Federation was saved from collapsing altogether. Without central leadership from the Rebellion’s advanced AI ship, the admirals and generals, who were originally kept in line scattered at the first sight of setback. The rebellion staged a hasty and unorganised retreat in which isolated and disorganised fleets were harried by the experienced veteran forces of the Federation, and picked off one by one. By the time Admiral Terest reorganised Rebel forces, most Rebellion-controlled sectors had been overrun. Only through a co-ordinated defensive action undertaken by Rebel veterans could prevent complete collapse and gave the Rebellion precious time to remobilise and dig in to fight a defensive war...

The Rebellion’s defeat at the Last Stand was catastrophic for the organisation of the Rebel Navy. With the Rebel Admirals losing all forms of coordination, took their personal fleets handed down by the now destroyed Rebel High Command, and began the second-biggest unorganised retreat in history.

Initially Admiral Terest in accordance to his new doctrine, had mobilised the CLA (initially) the paramilitary arm of the Rebellion, into a fully fledged Navy, complete with the remains of the Rebellion’s ‘picket’ fleets that weren’t at the last stand, and the ships left over from the Rebellion’s height. He planned for them to be cannon fodder, to continue the ‘main’ war so that the elites could regroup and prepare to rise again. They were at first successful but the lack of progress and the new threat they posed to the political order of the Rebellion meant that Admiral Terest had to reassess his strategy. He eventually created the CLA militia. Terest gathered those who were of the lower parts of society- former criminals, unemployed workers and conscripted spacers. He also drew from the ranks of militants and allied militias to create the necessary numbers. These men and women were mostly ill disciplined and wild. Henceforth, Admiral Terest had promoted a counter-weight that could not only disrupt the CLA Navy’s political machinations but could wreak havoc on their enemies.

This is especially evident in specific CLA militia sectors where their ships raid with impunity, leaving them deserted and devastated from the threat of constant piracy. To many they are just glorified pirates, but to the Rebellion they remain an asset. However, their rivalry with the CLA Navy for funding, manpower and material has become more of an hindrance in recent years, and rumours persist of infighting between the two branches…

In terms of ships the militia had always used some of the weakest ships and were often the laughing stock of the CLA Navy, but more importantly their enemies. The majority of their ships didn’t even have FTL drives and were only able of sub-light flight. 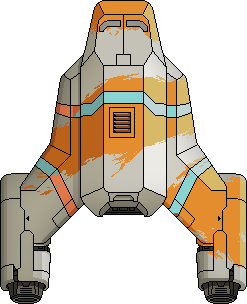 The CLA Militia also uses repurposed civilian vessels as a Militia Corvette. The Black-Swan Class Light Freighters fulfill the role of Corvettes in the CLA Naval fleet, taking on larger federation vessels. However in the militias they fill command, control and communications (C3, the backbone of any military operation) roles, coordinating raiding groups in the absence of larger, ‘carrier’ vessels to lead raiding parties. 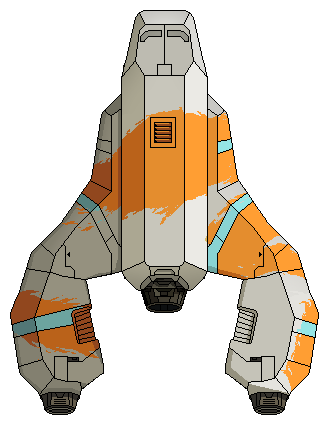 The more unorthodox members of the CLA who aren’t completely indoctrinated by the anti-Xeno rhetoric are more willing to use more ‘creative’ tactics. High-ranked members within the Militia’s convoluted hierarchy permitted the limited use of Engi Scout Vessels as fueling and repair platforms, and as drone control vessels - however these members of the militia are often shunned for being ‘xeno’. 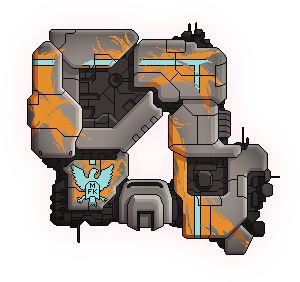 Privateers have relatively deep roots in the Rebel Navy and have taken a new level of organisation. Initially they were opportunistic contractors who were looking for quick cash. They would often take contract jobs, taking out high value federation targets, and several were known to have been encountered by the Envoy during the Flight of the Envoy, in 2298. However, once the Rebellion was thrown into chaos, many of them switched sides taking contracts from the Federation. Those who remained under Admiral Terest, were reorganised into a more official branch of the Rebel Navy known as the Privateers. These privateers were offered more freedom from the indoctrination processes and constant propaganda (as well as the usual limitations imposed on the normal fleets) but are still subject to Rebel High Command’s basic doctrinal orders, such as engagement of Federation vessels on sight.

Privateers are often considered to be better than your run of the mill militia member, and their unorthodox tactics are indicative of their better tactics. The glorified pirates of the Militia are no match for the skill of Privateers and thus operate in other sectors in Rebel space.

Given their superior skills, the Privateers prefer to use Alien vessels for their superior edge over surplus ex-Federation vessels that are in desperate need of refitting and a change in tactics. Hence, they more inclined to use vessels that can be readily updated. This includes Mantis Scouts which provide the Privateers an edge in wolfpack tactics. Furthermore they often use Slug Assault vessels as space superiority fighters, supported by Engi Scouts as support platforms. 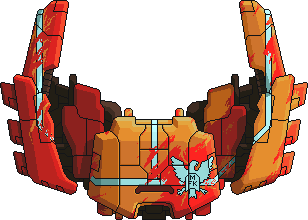 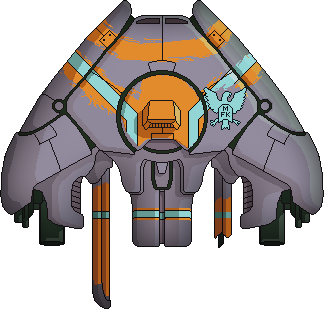 This bit was always something that us devs were a bit confused and/or offered differing views on - however the general consensus was that rebel ships, used by real rebels and not the CLA or privateers, were fast, maneuverable vessels capable of outmaneuvering federation vessels- but not able to go head-to-head with a federation ship.

In terms of specific fields however, we wanted to diversify the new branches of the Rebel Remnants. In particular with our reveal of the CLA Militia and the Privateers, we wanted to show off the measures the Rebellion went to survive. As such we decided that the really low elements of the Rebellion (which is the Militia) did not receive the regular vessels from the Rebel Reserve Fleets and only received leftover Federation ships. These ships are essentially surplus ships left over in Federation bases and hangars when the Rebellion went on their blitzkrieg. Others like the Black-Swan class were most likely captured. Thus we wanted to give the appearance of pressed into service ships that likely used raiding tactics as part of Terest’s big doctrine. Privateers were a bit different. Us as devs were divided on what to do with Rebel captured ships of Alien origin. Ultimately we decided that we could implement in a way that made sense with the lore but also made practical sense with a massive faction like the Rebellion in a time on par with what we would consider the Age of Sail. Privateers made sense because they were essentially the institutionalised pirates of Rebellion. But unlike the Militia, they weren’t afraid of using Xeno ships. Furthermore Privateers aren’t exactly an official part of the Rebellion which makes them pirates on a whole other level.


This is SomeFederationPerson and Stormbringer, Signing off for now.

Join me on my discord here for worldbuilding and other stuff: https://discord.gg/RknbrQZ
Top
Post Reply
3 posts • Page 1 of 1