Hey everyone! Around 6 months ago, I started creating a basic ship mod based around the (at the time) new Discovery Star Trek Series. I've created two Star Trek ships in the past, as well. I never got around to creating special textures for the weapons, but I figured I'd release the mod instead of just letting it sit in my file-system in case any one wants to play it. 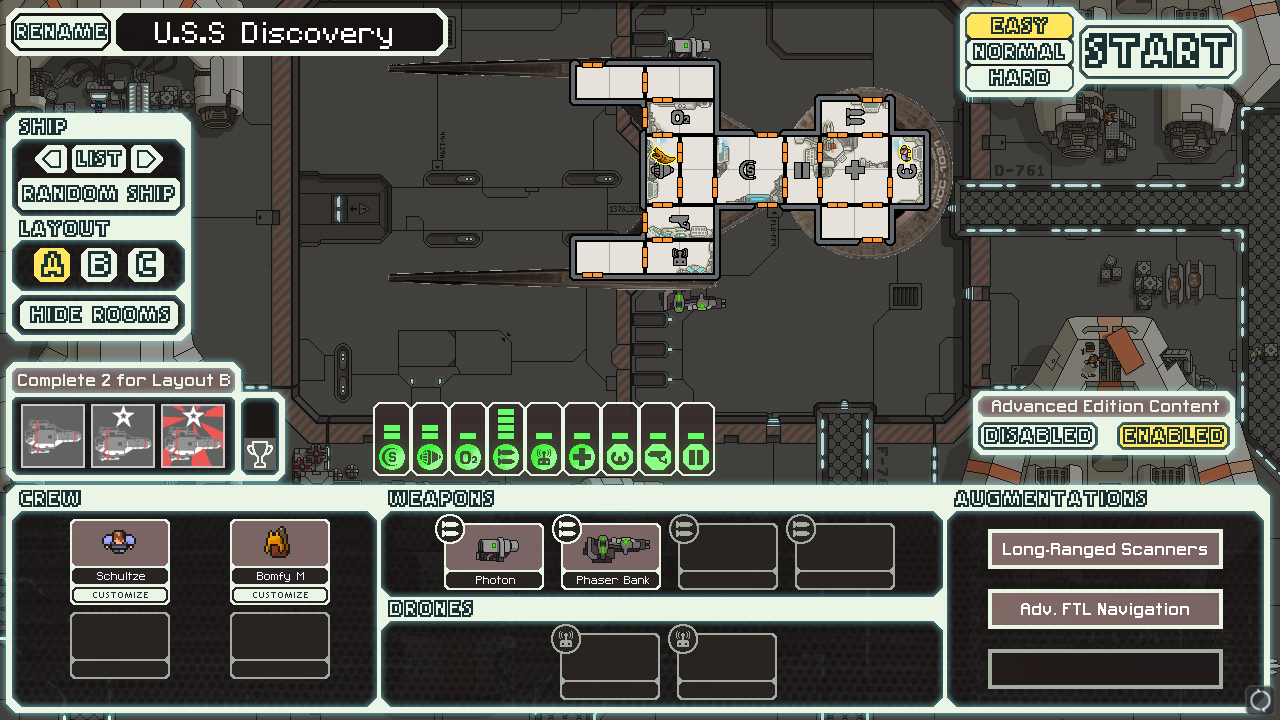 Lore:
The slug in the engine room is meant to represent the original way the Discovery was piloted (via the tardigrade). Other than that, the weapons are self explanatory.

Additional information:
Again, this ship is not well balanced and is not a completed ST mod or anything of the sort. I just hoped a few people would get a kick out of it